Would you consider both of these treatments for your leg veins but you are not sure if one is better than the other for you?... 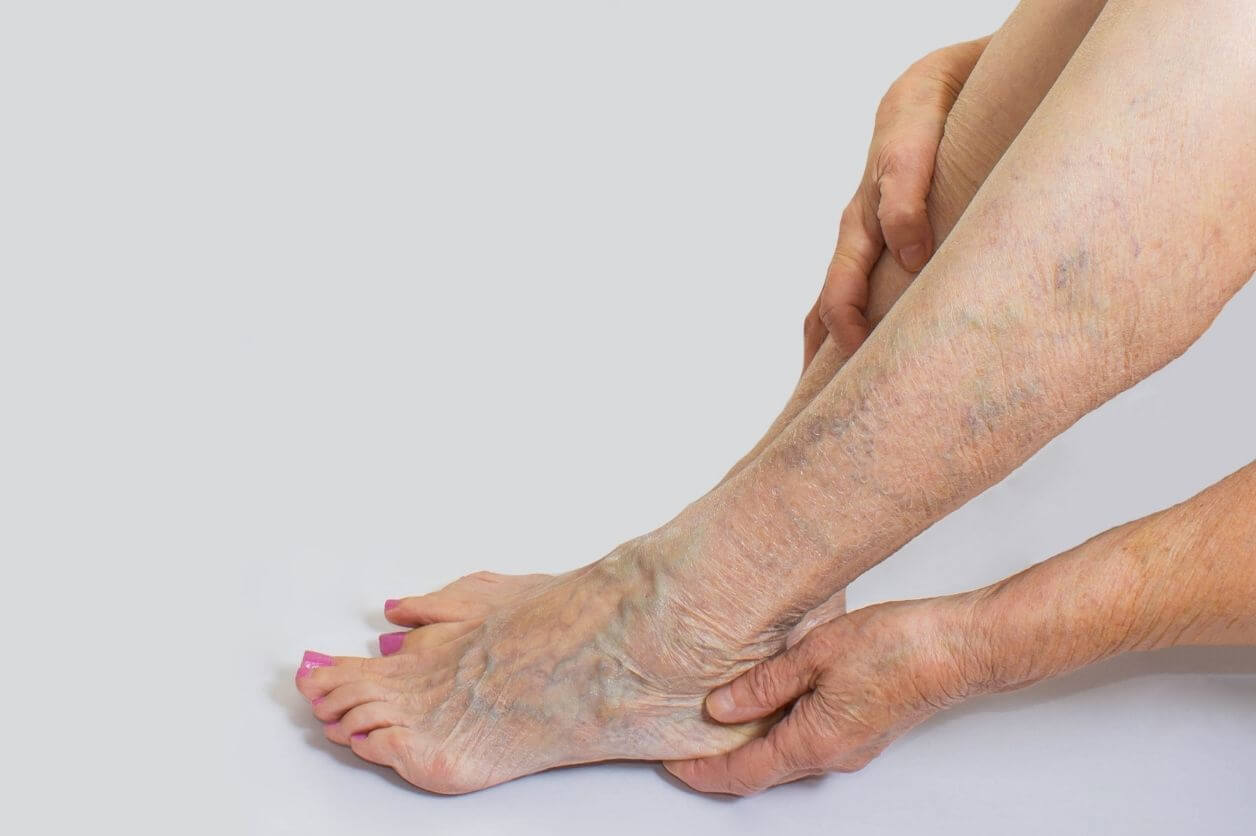 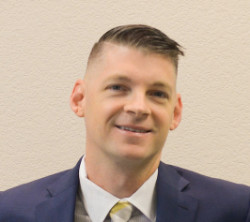 Do you have vein disease? Schedule your FREE consultation.

Your message has been submitted.
I will get back to you within 24-48 hours.
Oops! Something went wrong.

If you are one of the millions of people who suffer from chronic venous disorders, you may be wondering which treatment is right for you. Both minimally invasive procedures, Sclerotherapy and Endovenous Ablation are the main treatments for targeted veins and venous symptoms. This blog post will discuss the seven differences between these two treatments to help you decide which is best for you.

Veins are thin-walled structures that contain valves that keep blood flowing in one direction. Veins close to the skin's surface are called superficial veins, and the veins found in the muscles of the arms and legs are called deep veins.

Venous disease, commonly known as chronic venous insufficiency, is usually caused by damaged valves that are not working correctly, making it difficult for the veins to return blood to the heart, which can lead to blood pooling in the leg veins. The most common symptoms of venous insufficiency are varicose veins and spider veins.

In the last decade, Sclerotherapy and Endovenous Ablation have become the most popular procedures for spider and varicose veins with consistent clinical outcome. They both work by damaging & collapsing the vein walls to divert blood to nearby, healthy veins. Keep scrolling to find out more about the differences between the two procedures!

The Difference Between Sclerotherapy & Endovenous Ablation

Sclerotherapy & Endovenous Ablation are both effective varicose vein treatments, as well as spider veins. Learn the seven key differences between the two procedures to decide which treatment is best for you.

Sclerotherapy involves injecting a liquid or foam medication, called a sclerosant, directly into the affected vein. The sclerosant irritates the vein tissue, causing the vein to collapse and diverting blood flow to nearby, healthy veins. The body reabsorbs the collapsed vein over time.

Endovenous Ablation, on the other hand, involves using ultrasound guidance to locate unhealthy veins. Once found, either through radiofrequency ablation (RFA) or laser ablation (EVLA), heat or thermal energy is used to collapse the vein walls and reroute blood flow to healthier veins.

Radiofrequency ablation uses high-intensity, high-frequency radio waves to generate heat that seals the vein. In contrast, endovenous laser ablation closes the vein with laser energy. Both types use a long, thin tube (catheter) inserted through the skin and into the faulty vein. The catheter is then pressed against the blood vessel wall to “cauterize” the vein.

2. The Size of the Damaged Vein

Sclerotherapy most commonly treats smaller veins such as spider veins. While endovenous ablation, either RFA or EVLA, is usually recommended for treating more significant vein problems, such as varicose veins and other chronic venous disease problems.

3. What to Expect During the Different Procedures

Patients report a slight burning sensation during sclerotherapy as the solution enters the veins. Because endovenous ablation utilizes thermal or laser energy, it is common to feel some heat and discomfort once inserted into the damaged vein. Both minimally invasive techniques are generally well-tolerated with short-term side effects and few major complications.

You may experience bruising and swelling after sclerotherapy, which typically resolves within a few days. Sclerotherapy generally has a shorter recovery time than endovenous ablation.

Both forms of endovenous ablation, RFA or EVLA, usually require a week or two of recovery time. However, specific exercises can speed up your healing time.

The side effects of sclerotherapy are usually minor and temporary and may include bruising or skin discoloration at the injection site, itching, swelling, redness, pain, or cramping. More severe side effects are rare, including blood clots, infection, tissue death (necrosis), and allergic reactions to the injection solution.

Endovenous ablation is also considered generally safe and has few side effects. However, as with any medical procedure, there are some risks. The most common side effects of endovenous ablation are bruising and soreness at the site of treatment which typically resolves within a few days. Additional side effects include swelling or cramping in the legs, skin irritation, infection, vein damage, or blood clots.

It's important to note that both procedures carry the rare risk of developing blood clots, commonly known as deep vein thrombosis (DVT). DVT can develop if trauma occurs to the treated area or strenuous physical activity is performed after the procedure. Be sure to talk to your doctor about all the potential side effects and what activities or exercises to avoid after treatment.

The cost of sclerotherapy can vary depending on the size, location, and the number of veins that need treatment. It will also depend upon the number of sessions required for optimal results. On average, sclerotherapy can range anywhere from $300 or more per session, but remember that multiple sessions may be necessary. If you are considering sclerotherapy, discussing your goals and expectations with a qualified practitioner is important to get an accurate estimate.

The cost of endovenous ablation is typically more expensive than sclerotherapy. It depends on several factors, including the type of procedure performed (RFA or EVLA), the location and number of veins needing treatment, and the experience of the doctor performing the procedure. Speak with your practitioner to get an accurate estimate based on your situation and needs.

Depending on the specific treatment, a few different types of equipment can be used for sclerotherapy. For example, some treatments may require a very fine needle, while others may require a slightly larger needle. In addition, a special device called a microfoam injector may be used to inject the sclerosant into the affected area.

There are two types of equipment used for endovenous ablation, depending on whether you have RFA or EVLA performed. During radiofrequency ablation, ultrasound guidance helps insert a tiny hollow needle into the damaged vein. Once in place, the heating element at the tip of the needle delivers thermal energy to destroy the vein wall.

During endovenous laser ablation, a small cut or incision is made in the skin. Ultrasound will guide the catheter into the target vein. A laser fiber is placed into the catheter and will begin to heat the vein as the catheter is slowly pulled out. The heat will cause the vein to close.

How long does it take for varicose veins to disappear after ablation?

In most cases, the results are immediate. The treated vein will collapse and seal shut almost immediately after treatment is complete. Over time, the body will absorb the collapsed vein and eventually disappear completely. Most people see noticeable improvement within a few weeks of treatment, with full results typically evident within three to six months.

What are the options if sclerotherapy doesn't work?

There are several reasons sclerotherapy might not work for someone, including what type of vein needs treatment. Sclerotherapy works best on small to medium-sized veins close to the skin's surface. It is less effective for varicose vein treatment or larger veins, especially those deeper under the skin.

Another reason sclerotherapy might not work is if the person has a lot of spider veins. In this case, combining sclerotherapy with another treatment, such as laser therapy or vascular surgery, might be necessary. Finally, sclerotherapy results can vary depending on the individual's overall health and lifestyle choices. For example, people who smoke or don't exercise regularly tend to have poorer outcomes from sclerotherapy.

Can sclerotherapy be dangerous?

The short answer is yes, sclerotherapy can be dangerous. The most common and potentially serious complication of sclerotherapy is DVT, a blood clot that forms in the deeper veins of the body, usually in the leg. If the clot breaks free and travels to the lungs, it can cause a pulmonary embolism (PE), which can be fatal. Other potential complications of sclerotherapy include allergic reactions, skin ulceration, and necrosis (death of tissue).

There is no one-size-fits-all answer to this question, as the permanence of vein ablation results can vary from person to person. Generally, vein ablation is considered a permanent solution for varicose veins. The treated vein is permanently sealed shut, and blood is rerouted to nearby healthy veins.

Of course, there are always exceptions. In rare cases, some patients may experience recurrent varicose veins after undergoing vein ablation and is related to not treating the underlying condition. In such cases, additional treatments may be necessary to achieve the desired results.

How successful is vein ablation in treating varicose veins?

The type, severity, and location of your varicose veins can impact your overall results, including the experience of your doctor and the technique used. In general, vein ablation is a very effective treatment for varicose veins.

One study found that of 385 patients treated with venous ablation, 94.5% treated patients showed significant improvement in symptoms. In addition, most patients can return to normal activities within a few days after the procedure and report quality of life improvement.

Knowing about sclerotherapy and endovenous ablation is important if you consider treating leg vein disorders. These two treatments are highly effective but work in different ways and have different benefits and drawbacks.

Schedule a complimentary vein screening with one of our board-certified and highly experienced vein specialists, who can help determine which treatment is right for you. 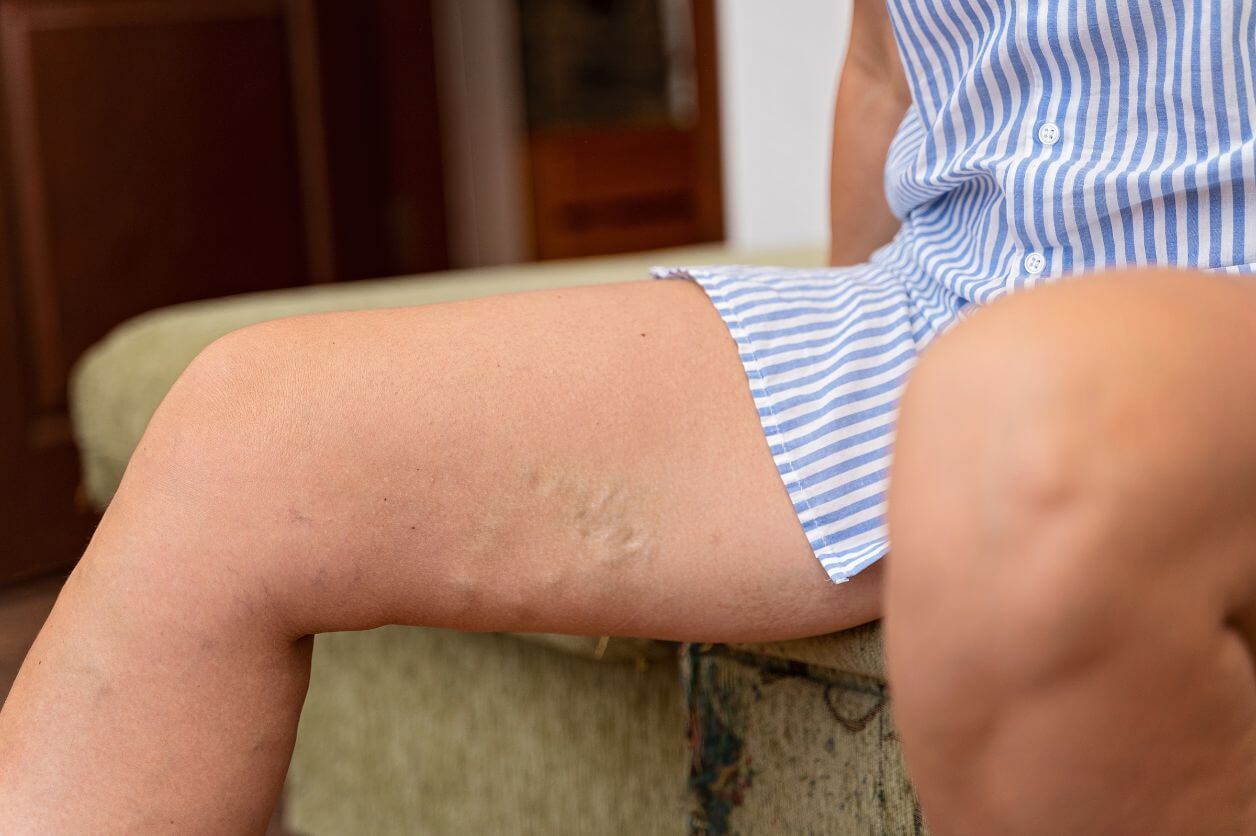 6 Safe and Effective Ways to Treat Varicose Veins After Pregnancy

Worried about your varicose veins after pregnancy? Here are six safe and effective ways that you can do to treat them. 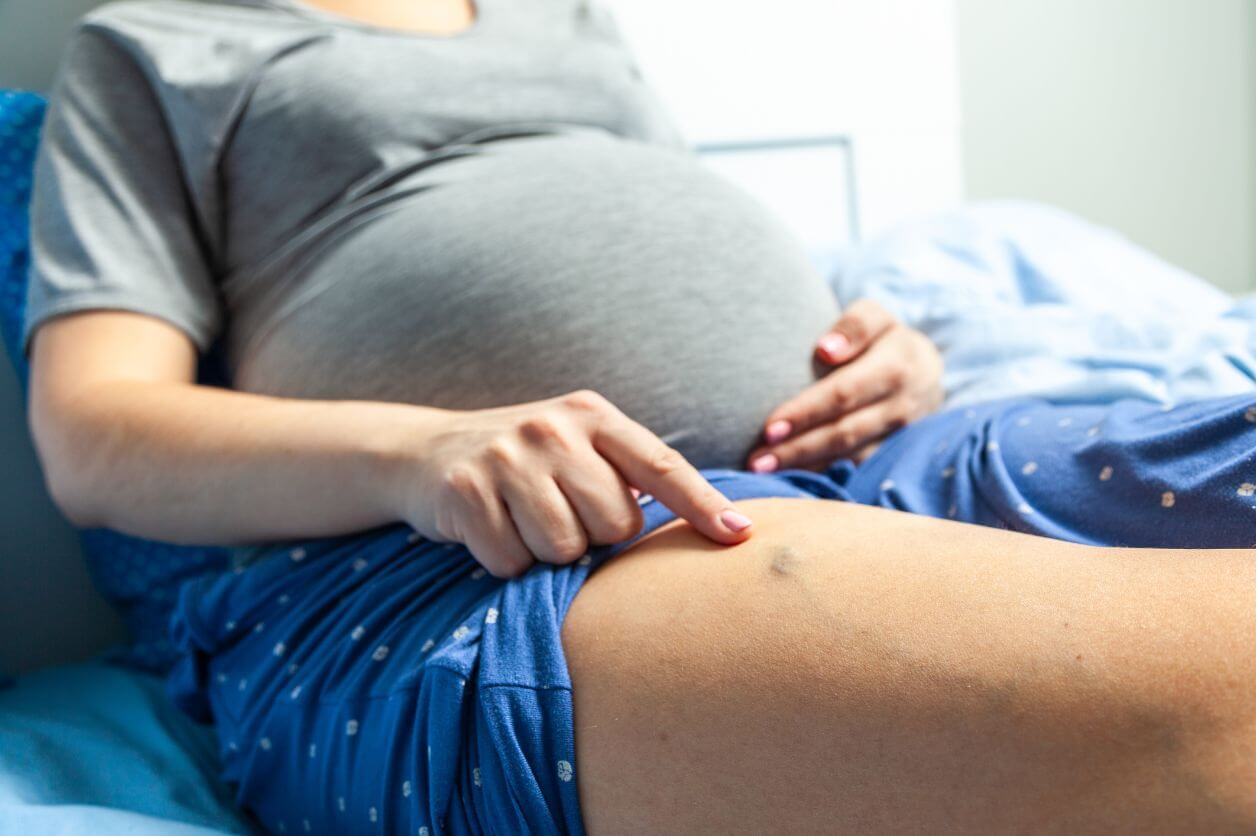 5 Effective Ways to Get Rid of Spider Veins After Pregnancy

Are spider veins making you feel self-conscious after giving birth? Here are five effective ways to get rid of them for good! 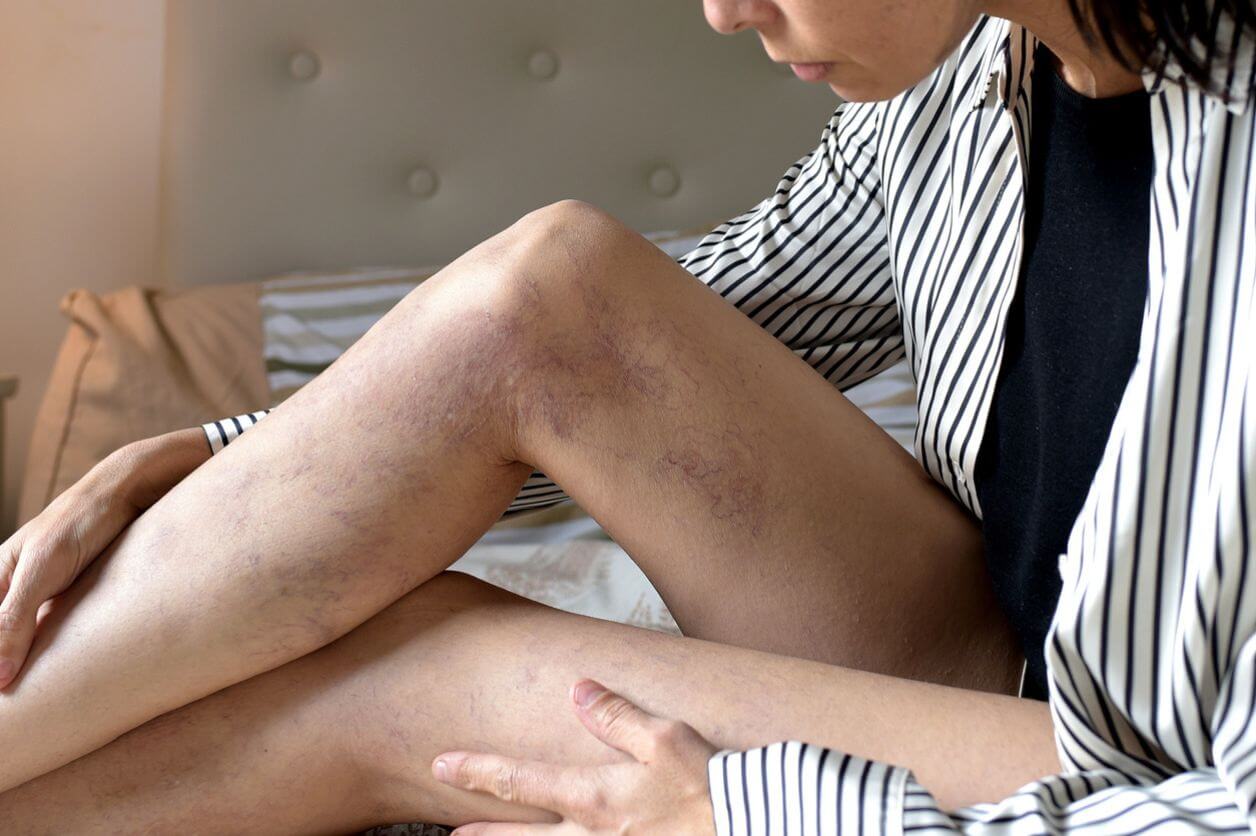 Wondering if you have spider veins or varicose veins? Keep reading to learn the 6 main differences between spider and varicose veins here. 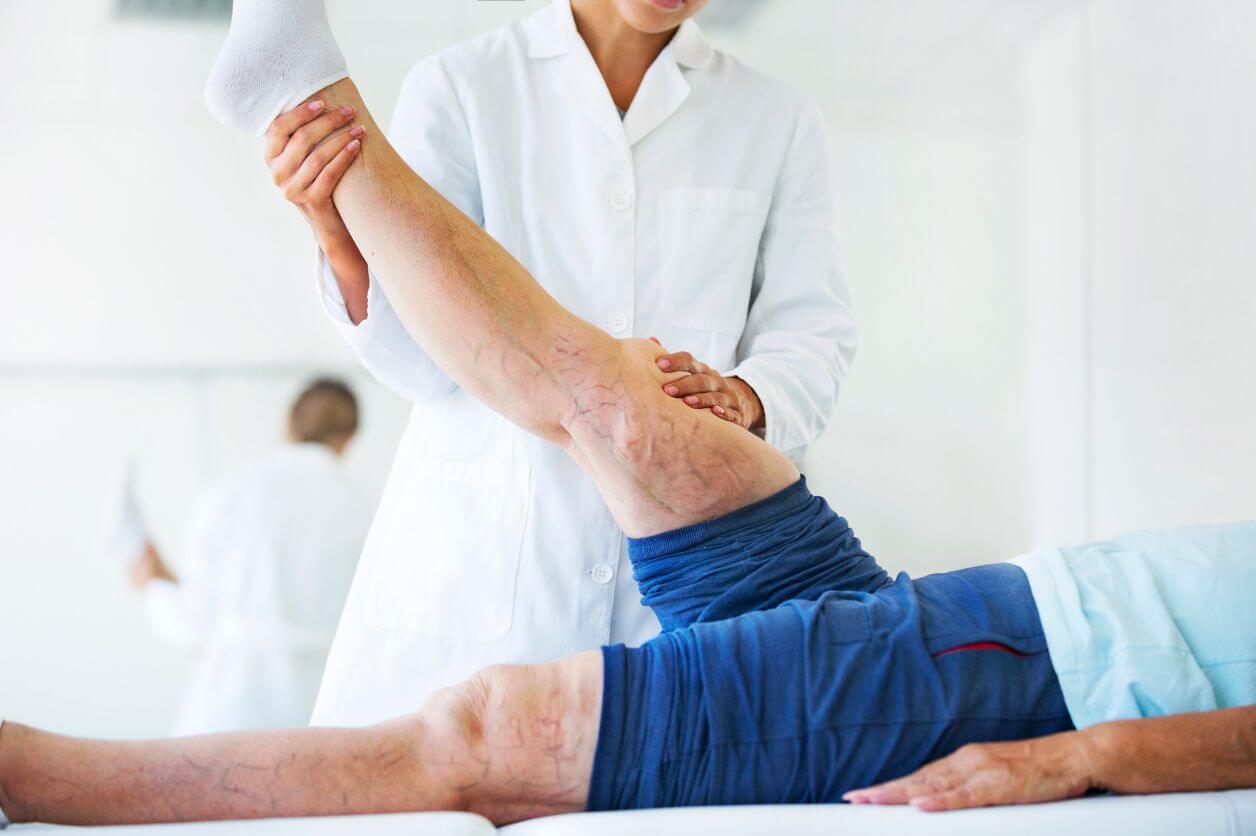 Worried about having surgery to remove your varicose veins? Check out our list of the four safest and painless treatments available.

Do you suffer from the symptoms of vein disease? Find out how these patients solved CVI with venous treatments.

Dr. Jones and his staff are great !  I had treatment on both legs and the staff was very professional. The  procedures on my legs turned out great!

"I'm happy with my results"

The staff and the doctor are very friendly and professional. I was happy with my results and will be going back as needed.

“I highly recommend him”

I was very happy with the professional staff at the front office.  They answered my questions and were very welcoming. I am happy to be here.

"This is the place to be"

Doctor and staff amazing! They are working thru 17 veins I needed done. This team makes you feel like family. This is the place to be.

The experience of being treated at vein Envy is very professional very good group of people very friendly I would recommend this for anybody.

"This office is amazing"

This office is amazing! Every person is very welcoming, pleasant,  professional and helpful. They made my experience one I’ll never forget!

Get In Touch Today

Ready to schedule your vein screening?

Come in for your complimentary vein screening. The screening is easy, fast, and FREE. We have 5 locations in Arizona.

Call any location to schedule your appointment.